Posted on February 1, 2014 by diannehartsock 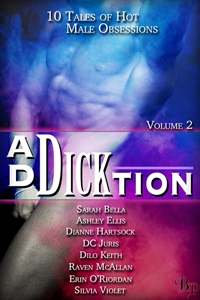 Paul isn’t attracted to Eran—he’s intoxicated by the shy, sensual younger man. He’s also confused by Eran’s mixed signals. However, the sight of Eran injured and bruised arouses a protective passion that surprises Paul. Determined to protect Eran from his brutal past, Paul discovers his future.

Paul rested his chin on his hand and stared into the stained bottom of his espresso cup. People came and went in the coffee shop around him, but their laughter and bright conversation only underscored his loneliness.

He played the events from Christmas Eve over in his mind, coming to the same conclusion as before: Eran had set him up to make a fool of him. What other explanation could there be? Damn

it. He’d waited half an hour for the man to show while the snow piled up on the sidewalks and his face grew numb with cold.

He’d finally gone back into the coffee shop, only to learn that Eran had slipped out the back way and gone home. Paul ran a hand over his face and through his brown curls. Why had he come back when the man who fueled his fantasies ignored him and ultimately snubbed him?

Paul picked up the small cup, then remembered it was empty and set it carefully on its saucer. He’d deliberately chosen a table in the section Eran routinely waited on, only to watch the graceful body approach every table but his.

A mocking smile touched his lips. What else did I expect? He’d come to the shop tonight to demand an answer. Maybe this is it. Eran clearly wasn’t interested and Paul was too dense to take the hint.

He glanced at his watch. The shop had closed ten minutes ago, and the last of the customers were walking out the door. Just great. He shoved the cup and saucer away from him and swore as they shot off the end of the table. He started to rise to his feet, only to sit back heavily as Eran came over. “Let me get that for you.”

Paul’s mouth went dry as Eran bent over. White skin showed where Eran’s shirt separated from the low-cut jeans and Paul instantly wanted to know its taste. Eran knelt to get the cup that

had rolled under the table and Paul’s cock perked up, pushing painfully against his slacks as the tight jeans slipped lower on Eran’s hips. Paul imagined sliding his tongue into the warm cleft of Eran’s ass and shivered.

His gaze roamed over the creamy skin, then froze at the sight of an ugly bruise spreading from Eran’s hip up under his shirt. He must have made a sound because Eran glanced at him, his blue

eyes widening at whatever was showing in his face.

Paul forced his hands to unclench. “Who hurt you?” he demanded, not caring that Eran had made it plain he didn’t want Paul in his life.

The beautiful eyes blinked several times; then Eran glanced hastily around the deserted coffee shop. They were alone except for the girl Eran worked with, who from the sound of it was busy washing dishes in the back room.

Eran climbed stiffly to his feet and Paul jabbed a finger at the chair opposite him, relieved when Eran sat down without argument. Paul leaned across the table only to have Eran inexplicably start back, then flush and stare at his clasped hands, his chest heaving.

Pity and anger tightened Paul’s heart. If that hadn’t been a conditioned response… Someone’s been hitting this boy, often. He choked back his fury. He’d have to tread very carefully here. 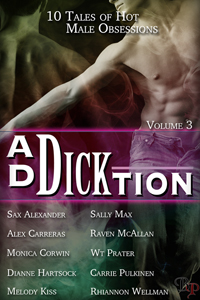 Paul has no doubts. He wants Eran in his life. But can Eran, a young man from an abusive background, come to terms with his fears so he can have a future with this man he loves?

He found Eran in the kitchen already dressed. He didn’t meet his gaze and Paul leaned against the doorframe as his lover concentrated on making the coffee.

“I thought you were going to wait for me,” he said after a moment, wondering at Eran’s change of mood. The playfulness was gone, replaced by a troubled expression. Eran lifted a shoulder as he added grounds to the coffee makerand Paul noted his tousled hair and wrinkled shirt. He’d been in a hurry to dress.

He sighed inwardly when he thought of a possible reason, and crossed the room and pulled Eran back against his chest. Eran stiffened, then relaxed into his arms.

“I won’t let anyone hurt you,” he said against Eran’s neck.

“I know. I just felt at a disadvantage, if something were to happen…”

They both looked up at a guffaw from the living room, and exchanged a smile when the tech called out, “Found the problem! Be done in a jiff.”

Eran blushed slightly. “Okay, I may have overreacted here, but with Gary out…”

Paul tightened his hold. “Gary won’t jeopardize his parole by coming near you,” he said, hoping it was true. Eran’s brother-in-law had gone to prison for battery of both Eran and his sister when they lived with him. As their father had done before Gary. Paul swallowed his anger. It wouldn’t help Eran at all.

He glanced across the room at a polite cough from the doorway, but wouldn’t let Eran go when he tried to step away.

The tech looked embarrassed. “Um…changed the cable box. Short in the wiring.”

“Let me get you a check.” Paul put his lips against Eran’s ear. “Stay right here.”

He went to the desk in the living room and wrote a check for the amount on the bill, then showed the technician out the door. He couldn’t help chuckling as the man scurried down the drive as if glad to be going. Paul returned to the kitchen and looked at Eran where he leaned against the counter, arms crossed over his chest.

So beautiful. Eran’s ink black hair brushed his chin, framing a delicate face and enormous blue eyes holding an unexpected sorrow. Paul walked up to him and tugged the slim, strong body of the man he loved into his arms. He planted little kisses along Eran’s jawline. “Tell me what’s wrong, baby.”

Eran’s chest rose and fell on a deep sigh. He nudged Paul back but wouldn’t meet his eyes. Paul braced. Eran could be stubborn and he’d have to keep his head. Their few arguments had ended with him heartbroken and Eran in tears. The boy had grown up in fear and pain and it would take more than frilly words from him to make it all better.

Eran gave a short laugh. “So pathetic. You left the room and I heard him out here, and I felt five years old again with Father drunk in the kitchen.” His voice shook and he bit his lip, eyes downcast. “Why can’t I forget? God, you made a big fucking mistake with me.”

Paul made his tone purposefully light, though his heart ached. “Yes, I did. I should have ignored the door and pinned you to the mattress and fucked you breathless.” Encouraged by Eran’s watery laugh he slid an arm around his waist. “What do you say we change and take a run around the park? Clear that fluffy head of yours.”

“You saying I’m an airhead?”

“Only sometimes, lover. Come on.”

Eran resisted when Paul tugged on his sleeve. Paul planted a hand on either side of his waist, trapping him against the counter. Pain knifed through his heart at the regret and sadness showing on his lover’s face. “Tell me what you’re thinking,” he urged.