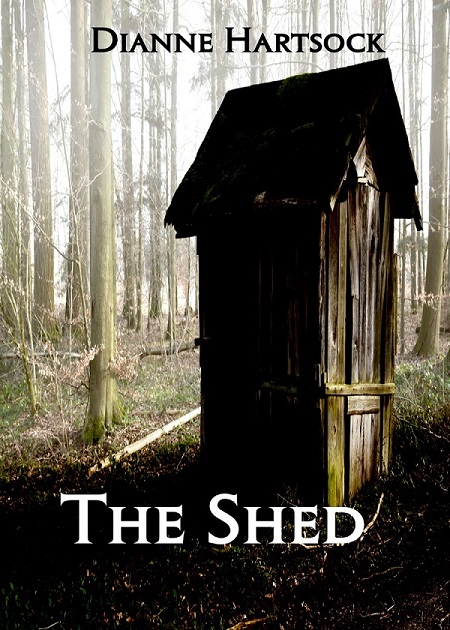 As a Certified Mental Health Therapist, Scott Reid has his share of interesting experiences, though nothing compares with the time he spends with the psychic, Alex Elson. Plagued by terrifying images and dreams, Alex turns to Doctor Reid in the hopes of learning to control his visions. Instead, Scott is pulled into Alex’s world, where dreams and reality mix and nightmares are real.

Two young men, brothers, have been abducted from the lake outside of Oakton without a trace of who took them. That is, until Alex receives a silver pocket watch in the mail belonging to the elder brother, a taunt from the kidnapper for Alex to come find them. Alex’s visions turn at once into nightmares. Images flash in his mind of an abandoned well and a terrified, lonely boy slowly dying at the bottom. The shed looms close by, holding a horrifying secret, a dark place Alex’s frightened mind refuses to go.

With the help of Scott Reid, Alex endeavors to control his visions and find he brutalized victims before death claims them. But the watch is ticking away and time’s running out.

Excerpt:
Scott glanced at his watch as he started the car and pulled onto the street. Damn. He was already ten minutes late for his appointment with Alex Elson. “Please wait,” he muttered and drove a little faster than was prudent as he crossed town to the converted bungalow that housed his private practice. His patients at the clinic had seemed extra needy that day, especially Helen Kramer. Her nightmares had gotten worse, vivid and terrifying.

He sighed when traffic slowed in front of him. Though he’d been meeting with Alex for a few months, he knew the young man wasn’t thrilled with the arrangement. He could easily use Scott’s tardiness as an excuse to stop seeing him.

Scott realized he had chewed his bottom lip and soothed the hurt with his tongue. Alex’s case intrigued him but he wasn’t sure if he could be of any use to the young man. He knit his brow as he maneuvered the busy street, wondering if anyone could help him. Alex’s visions were real, he had no doubt, but successfully helping Alex to control them might be more than they could hope for. And they seemed to be getting worse, coming more frequently. Scott worried he’d lose his hold on reality this time around.

Alex stood on the sidewalk outside Scott’s office and Scott let out a relieved breath as he pulled into the driveway. Thank God. He was drawn to the young man and really wanted to help. He clarified the thought to himself. There wasn’t anything sexual in the attraction, though Alex was pretty in a dark, brooding way. But Alex was tortured. Vulnerable. And damn it, Scott liked him and hoped to make his life a little easier, if possible.

He frowned when Alex kept his gaze on the sidewalk when he climbed out of the car. He slammed the door but there was no reaction from him.

“Alex?” he called, keeping his voice gentle, not wanting to startle him. Alex raised his face and Scott smiled in relief. The deep blue eyes met his gaze frankly, full of interest.

“Hi. Is this little fella yours?”

“What little fella?” Scott went up to him and looked at the sidewalk where Alex pointed. A jewel of a lizard blinked at him and flicked its tongue. “He’s a cutie, but not mine. Maybe a neighbor’s?”

Alex squatted on his heels. “Geckos need to keep warm, don’t they?”

“Careful…” Scott’s warning came too late. Alex made a grab for the lizard as it ran under the roses and jabbed a finger on a thorn. He yelped and pulled back his hand, putting the punctured digit to his mouth. The few drops of crimson staining the sidewalk seemed to capture his gaze. Scott saw the shudder that traveled his slim body. He touched Alex’s shoulder and felt it tremble under his hand. “Alex?”

He took a knee. Alex’s gaze remained fixed on the blood drops, pupils dilated. His breathing was shallow and Scott pressed fingers to his wrist. The pulse raced. “Alex, are you with me?”

The blue eyes widened further and a look of fear swept the boy’s face. Sweat beaded his forehead and his body quivered as if he were ready to run. Good lord! It had happened so quickly.

Scott had promised Alex he’d work with him to control his visions, but there had been no warning for this one. The blood had been a definite trigger, but was it always a trigger? He tapped a finger against his lips, ignoring the thoughts of failure that ran through his head, always his first reaction to a challenge.

“This isn’t about you,” Scott cautioned himself. His own emotional scars were what had led him into the field of psychology in the first place, but he wasn’t about to let
them control his life one second longer than they already had.

Alex suddenly sprang to his feet as if to flee and Scott reflexively grabbed his arm before he could dart away.

“Stay with me,” he urged and watched the myriad of emotions that chased across Alex’s white face. Fear receded into bewilderment. Alex blinked his eyes into focus and the curve of a self-conscious smile touched his lips.

“Sorry.” Alex cleared the gruffness from his voice then shot Scott a curious look. “See anything helpful?”

Scott shook his head. “It came on so quickly. Did you feel anything as the dream took you?”

“No. Well, pain when the thorn pricked me, then the spots of blood grew brighter and I was suddenly in a field of dry grass with the hot sun burning my face. Felt like summer again. There was a smudge of trees in the distance that scared the shit out of me. Then I blinked and was back here.”

Scott chewed his lip, wondering if he should press for more details. “You said the blood became brighter?”

“Yeah. It glowed against the sidewalk and I felt like I was falling into one of the drops. Doesn’t make sense.” Alex’s smile slipped. “Crazy, huh?”

Scott hurt for the young man, but pity wouldn’t help him. “Have there been similar occurrences with your other visions?”

Alex rubbed a hand over his hair, tangling his bangs. “I don’t know. Scott, do you mind if we let it go for now? I’m pretty shaken up.”

“If that’s what you want.” Scott glanced at his office. “Do you still want to come inside for your session?”

“Can’t we just go get a coffee or something? I think I need a friend rather than a therapist right now.”

Scott sighed. Shouldn’t have pushed. “Of course. Want to go to the coffee shop down the street?”

“I remember.” Scott eyed Alex’s injured finger. “We should get soap and water on that.