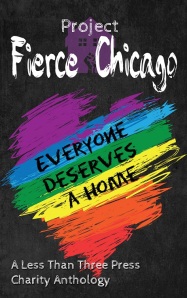 Nobody deserves to be without a home. In collaboration with several authors, Less Than Three Press offers up an anthology of stories about young people who find that home and family are not always where you expect to find them.

All proceeds from this charity anthology will be donated to Project Fierce Chicago.

Hello! I’m so excited to be part of the Project Fierce Charity Anthology and have set up a small blog tour with some of my fabulous friends to share this wonderful project with you.

Elin Gregory, Telling it Like it Was
Tempeste O’Riley, Because Love Sees No Genre
Jennifer M. Hartsock, Call to Adventure, a Writer’s Journey
Kai Strand, Strands of Thought

July 19th:
Mia Kerick, Love is What I See 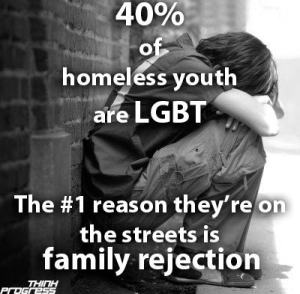 SAMMY –my story in the Project Fierce Charity Anthology

Less Than Three Press   ARe Books
At fifteen, Sam inadvertently comes out to his parents, but instead of the support he hopes for, they send him to live with his uncle. Unfortunately, the man is even less tolerant of his uniqueness. Rather than change to please his family, feeling unwanted and misunderstood, he runs away to find a better life.

But the crowded city isn’t kind to a young man with no home and no prospects of work. When this story opens, Sam has been on the streets for several years when one of his ‘regulars’ begins to take more than a business interest in him. For the first time Sammy dreams of more than a bleak lonely future, but does he dare hope that someone like him could find their happily ever after?

Sam frowned at the chip in a fingernail. He could nibble off the rough edge, but that would smear his lip gloss, Pink Persuasion, his favorite. He glanced up through his thick lashes. Sure enough, John leaned against a lamppost pretending he hadn’t been staring. This could be fun.

Climbing from his perch on the picnic bench, he winked at Tad and the others and shook out the white skirt of his sundress. The sun was lowering behind them and John could probably see right through the filmy material, maybe catch a tantalizing glimpse of his turquoise bikini underwear. He stretched leisurely, arching his back, the sheer tank top exposing his nipples more than it covered them. He darted a look at the man again. Oh yes, definitely staring. John pushed off from the pole and took a step toward him, and his heart gave a funny lurch. He was certainly attractive, wavy brown hair falling to his chin, large brown eyes.

A smile lifted the corners of Sam’s full mouth. John was gentler than some of the others he could name. “Yeah, honey, I got time.” He raised his brows, looking towards the nearby public restrooms, but John shook his head, gaze flicking to the Morrison Bridge over head, the steady stream of cars crossing the river adding to the traffic noise on Naito Parkway behind them. Excellent. Sam knew justmthe spot.

Lacing fingers with John, Sam gave a playful tug and saw a slight blush rise in his face as they strolled along the bike path under the bridge. Cute. The Rhododendron grew thicker there and Sam pushed between two of them.

Hidden from view, he planted his back to the cement retaining wall, pulling John up against him. Brown eyes bore into his, the gleam of excitement unmistakable. But business first. Confusion touched the man’s face when Sam didn’t move, then his eyes widened.

“Oh shit! Sorry.” John dug in his pocket and handed over a few folded bills. Sam sighed. Only a head job. He’d been hoping for enough to get a room that night he didn’t have to share. John had been using him for the last couple of months and he’d even been to John’s apartment a few times. After letting Tad know where he was going, of course. But it looked like this time John just wanted to get off. Must be in a hurry. Crap.

Author of paranormal/suspense, fantasy/adventure, m/m romance and anything else that comes to mind. Oh, and a floral designer.
View all posts by diannehartsock →
This entry was posted in blog hop, book quotes and tagged charity anthology, excerpt, GLBTQ. bloghop, Project Fierce Antho. Bookmark the permalink.